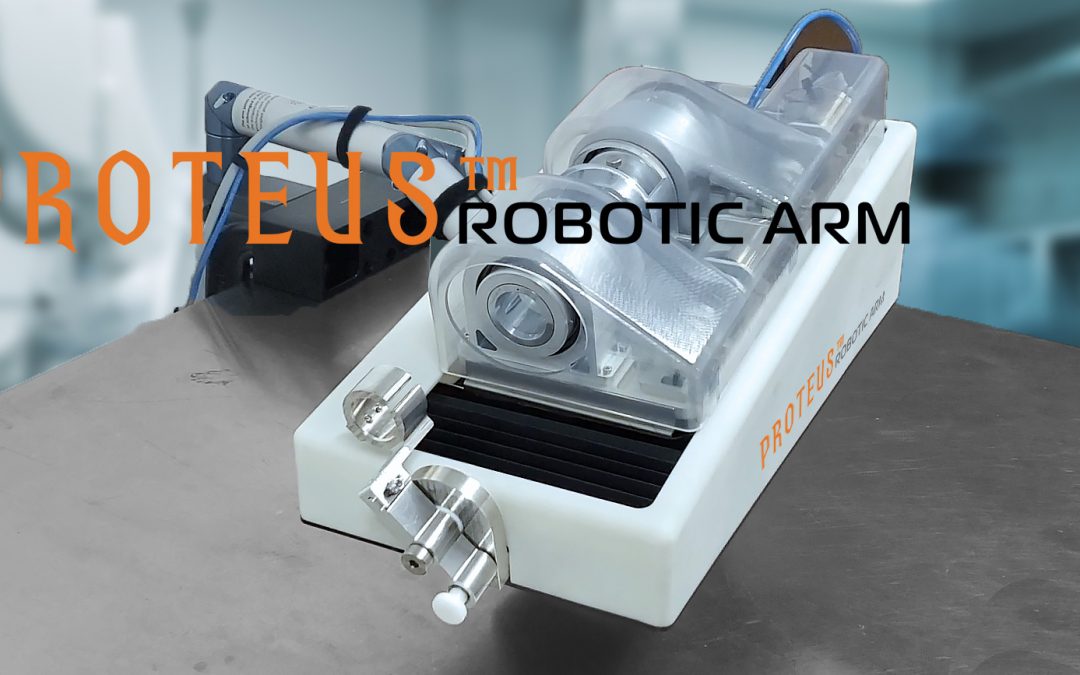 Neuro-Kinesis Corp. (NKC) has released its third quarter development report on the Huygens™ – Proteus™ Robotic Arm Surgical Platform. The report shares news that lab testing of the Proteus™ Robotic Arm has commenced. The Proteus™ Robotic Arm is part of NKC’s innovative efforts to bring a robotic-assisted AI technology to advance catheter-based electrophysiological tissue mapping and corrective procedures. The Proteus™ represents more than 20 years of effort in creating advanced catheter guidance systems that began with the development of the Catheter Guidance Control and Imaging (CGCI) platform in 2005 and led to the Proteus™ platform being tested now. Over that time, the engineering teams have been able to realize many breakthroughs in catheter guidance that mitigates many of the problems that have slowed progress in providing better care for patients dealing with issues such as AFib.

The Proteus™ Robotic Arm offers a first-of-its-kind portable, plug and play catheter guidance system that is capable of fine-grain granular control of an EP catheter in any axis of direction. The system allows rotational motion in either a clockwise or counterclockwise direction through 180 degrees, as well as deflection and translation guidance with variable speed proportional response advancements as small as 1.5mm at a speed of up to 10mm per second. Control of the Proteus™ is accomplished by the EP surgeon via an advanced haptic controller at the navigation station as well as autonomous AI guidance of programmed routines that can be performed by the navigational software. Although designed to work specifically with the NKC Huygens™ Catheter, the Proteus™ Robotic Arm will also be able to control navigation of any EP catheter the is using a comparable catheter steering handle.

In the report, NKC shows that the prototype development of the Proteus™ Robotic Arm has been completed in order to allow for integration studies with the Huygens™ Catheter. The report states that the initial testing will examine how well the Huygens™ Catheter moves within the Proteus™ Robotic Arm. In addition, the engineering team will be examining some of the modifications to the catheter shaft fabrication to reduce friction and increase responsiveness. This testing is expected to be completed by the end of September with a report to follow shortly thereafter. 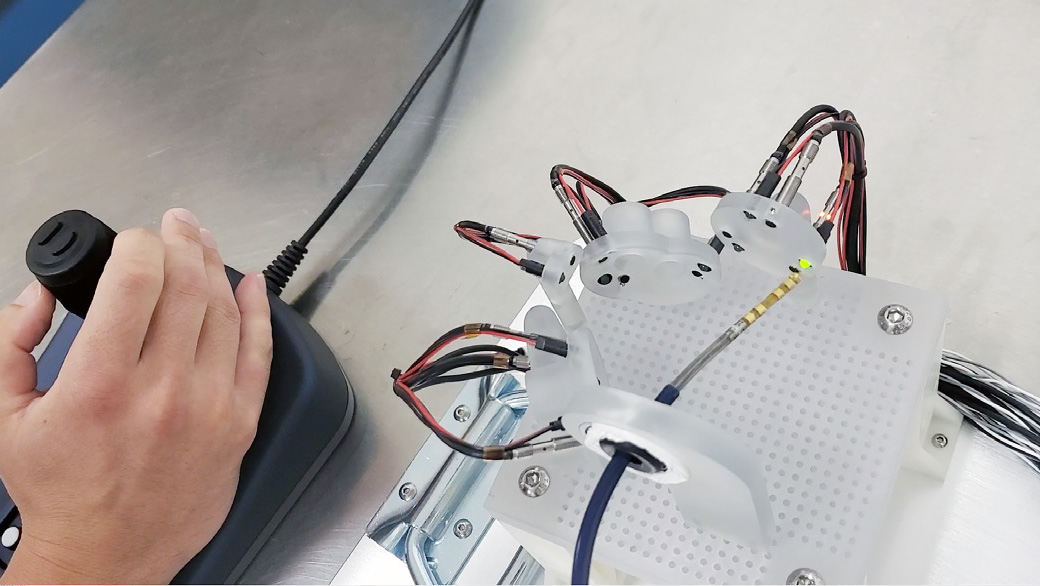 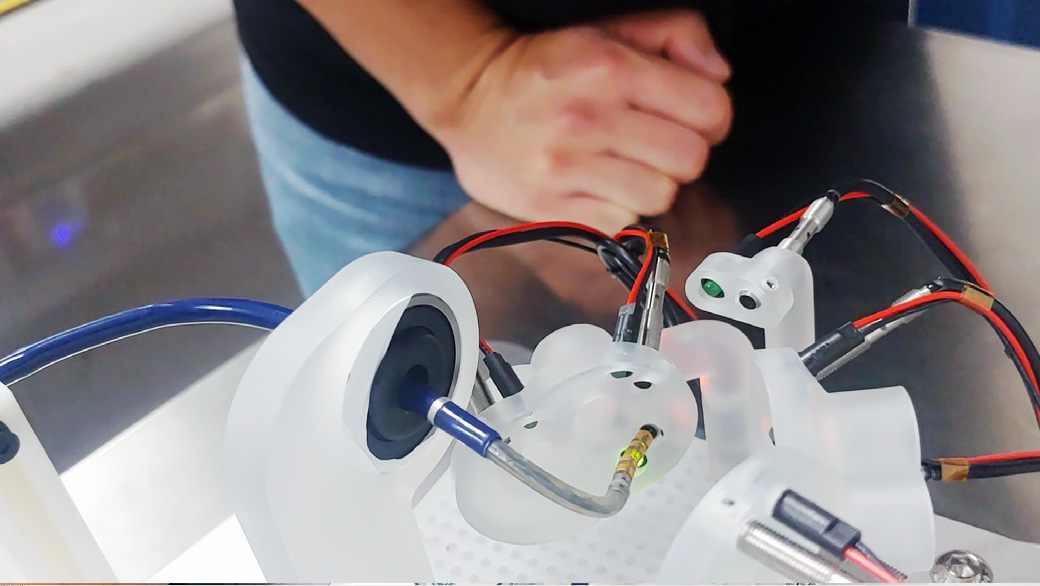 The images above show the Huygens ™ Catheter with the Proteus™ Catheter Handle going through benchtop target testing of the catheter under manual control. This test is designed to simulate the location and space that an EP surgeon would be when targeting tissue inside a human heart. The tests show that even with the simple joystick controller being used, precision movements can be made and targets reached sufficient force to acquire a reading but without causing any force damage to the tissue.

The report also states that NKC expects to have a fully operating Huygens™ – Proteus™ Robotic Arm Surgical Platform system installed at its laboratory in Los Angeles by the end of September.

Images in the report, as well as videos posted by NKC, show that development of the Proteus™ Catheter Handle has been integrated with the Huygens™ Catheter and that full manual control of the catheter has been able to allow for precise guidance of the catheter in both in-vitro bench-top testing as well as in-vivo testing inside a simulated heart chamber inside a mannequin.

At the time of this publication, NKC has completed all its proof-of-concept-engineering, and prototype development and is now in production of the Huygens™ / Proteus™ Robotic Arm Surgical Platform in preparation for its initial animal trials of the Huygens™ Catheter. This will be followed by clinical testing of the entire system as it pursues FDA clearance and then CE mark certification for its catheter mapping and guidance technology.

The image to above shows the Proteus™ Robotic Arm mounted on a bedside telescopic arm in the position it would be in for a robotic-assisted EP procedure. The medical mannequin allows the engineers to simulate guidance of the Huygens™ Catheter through the groin and into the heart cavity in the chest. Inside the cavity is a series of test targets much as used in the in-vitro test, that allow guidance simulations and target acquisition protocols to be tested.

Neuro-Kinesis Corporation (NKC) is an advanced medical device technology company created to consolidate and commercialize its leading-edge breakthroughs in surgical tools that integrate state-of-the-art biosensor technologies, advanced micro-miniaturization design and artificial intelligence to further the ability of a physician to treat their patients.
Interest in the NKC surgical tool technology has already been generated in several large medical device companies, and the company is on track to complete the continued prototyping and research studies required to bring their initial product candidates to pre-market commercialization.