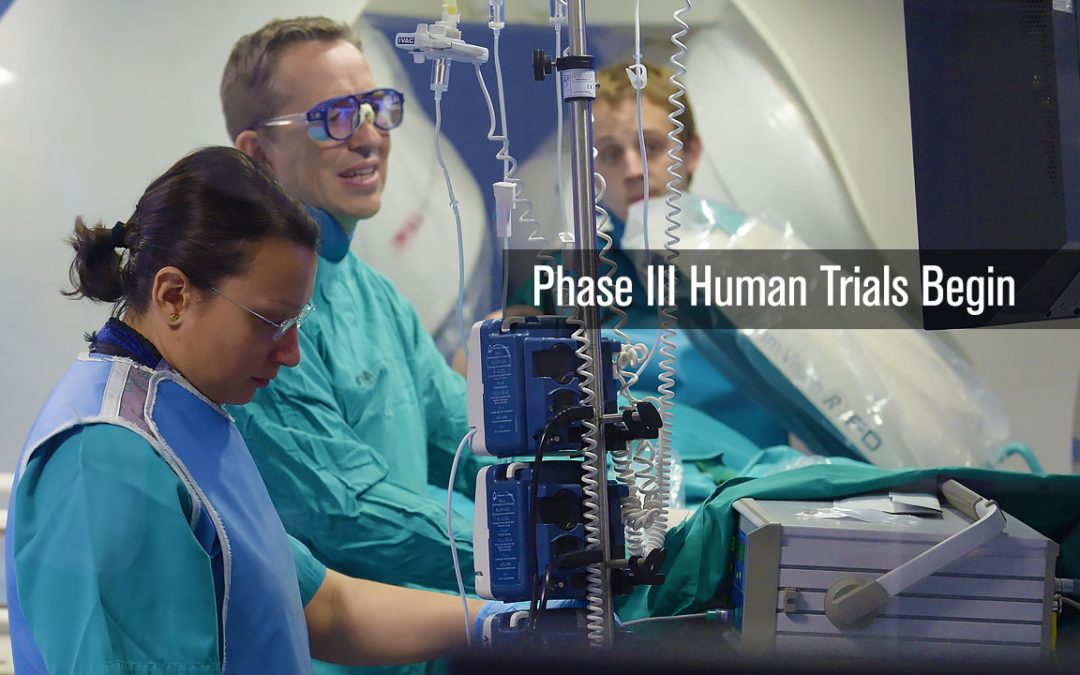 Building on the success of the first two human trails of the CGCI platform in Madrid, Spain, a 54 patient Phase III Trial is conducted to perform standard atrial as well as paroxysmal atrial ablations. The goal of the study was to perform a series of atrial ablation procedures in which 18 were paroxysmal atrial ablations. The study showed a dramatic 80% efficacy rate. The trial was completed successfully in October of 2011 at which point application for a CE Mark certification was made which would allow the company to begin commercial sales of CGCI in the European Union (EU).