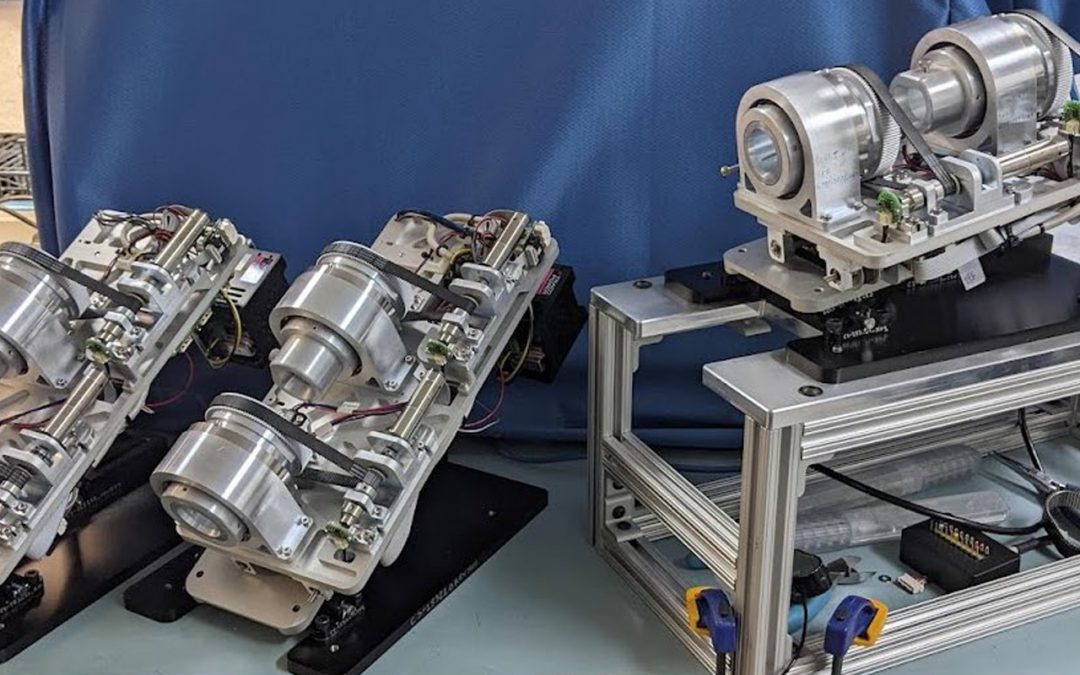 Neuro-Kinesis, Corp. (NKC), a medical technology company focused on developing next-generation surgical tools that utilize advanced biosensor technologies combined with cutting-edge AI and robotics, has announced the completion of the Phase One development for its new Huygens™ Smart Catheter and Proteus™ Robotic Arm Platform. In achieving this milestone, NKC has succesfully completed six strategic goals towards its efforts to bring their patented EP Catheter Mapping and Guidance Technology to the Electrophysiology marketplace.

Goal One: Funding Round of $2.5 Million

NKC has completed its initial investment transaction, with the first tranche commitment of $2.5M which ensures funding for the development, fabrication, and animal study of the Huygens™ Smart Catheter and the Proteus™ Robotic Surgical platform. NKC has already completed the initial prototype design of both the catheter and the robotic guidance system. This initial funding will allow NKC to build several units to be used in the first clinical in vivo animal study. The study is designed to gather data showing that the catheter and the robotic guidance system meet their respective design specifications and functionalities.

NKC has completed its Phase 1 development path for the Huygens™ Smart Catheter and the Proteus™ Robotic Platform, and will be commencing its analytical phase in April 2022.

The Huygen’s Catheter provides a major advancement in catheter-based mapping abilities for the Electrophysiology (EP) field. EP physicians and surgeons depend on the ability of a mapping catheter to provide the roadmap of the patient’s internal cardio environment in order to determine where issues related to electric signaling are causing irregularities in the heart’s rhythm. By being able to accurately map the heart tissues, an EPO surgeon is able to determine the necessary ablation points required to restore regular sinus rhythm, and therefore cardio-health to the patient. Current technology though has several limitations chief of which is its limited ability to detect the desired electrical signals from the undesired signals and noise in order to create a reliable map. The Huygens™ Smart Catheter greatly improves the fidelity and resolution of capacitance-based mapping systems used by the EP surgeon for clinical assessment and the subsequent guided surgical procedures. The catheter addresses and solves the problems of current mapping catheter limitations by moving all the signal gathering and analog interpretation of heart mapping, from the distal end of the catheter, which is generally inside a machine more than 6-10 feet away from the catheter tip, to an embedded architecture that resides on the catheter tip electrode itself. Through proprietary miniaturization and algoryhtmicalgorithmic process, NKC has been able to create a catheter electrode that can gather relevant electrode biopotential reading at a level 200 times smaller than current technologies, and then correlate and process that analog data and convert it immediately to digital data that is incorruptible, which is then sent back to the surgeons monitoring station. 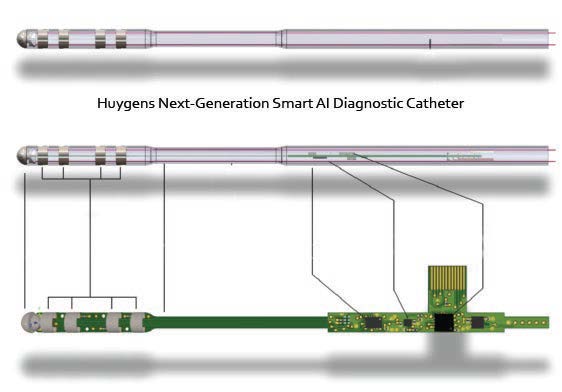 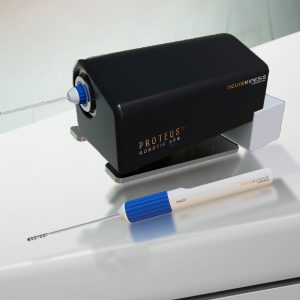 The Proteus™ Robotic Guidance System has taken their two decades of experience in developing catheter guidance systems and produced the first portable robotic-assisted catheter guidance system. The Proteus™ provides the EP Surgeon the ability to not only robotically move a catheter in any axis of orientation with a finer degree of control than can be done manually, but also the ability to map and recall those movements at the push of a button. This allows an EP Surgeon to be able to instantly return to a marked position as well as the ability to execute a pre-programmed point-to-point navigation path with the catheter in three axes of movement; deflection, translation, and rotation, utilizing three independent drive systems to control catheter movement.

An ISO audit for the company will be completed in April 2022, and NKC anticipates that will begin its animal study by June 2022 at its on-site clinical laboratory with Dr. Eli Gang MD, and at Rambam Hospital in collaboration with Haifa University, Israel, under the direction of Prof. Lior Gepstein MD, PhD, and Prof. Mahmoud Suleiman MD.

Dr. Eli Gang is a Clinical Professor of Medicine at the David Geffen School of Medicine at UCLA. He specializes in the diagnosis and treatment of complex arrhythmias and has been a hands-on EP surgeon for more than 30 years. He is an expert in catheter ablation and implantation of pacemakers and automatic defibrillators. His research interests have included the development of advanced ECG technologies as well as the development of robotic approaches to ablation in the heart. Dr. Gang has been part of NKC’s smart catheter and robotic catheter guidance systems technology development since its inception and has been a contributor to many of the key breakthroughs the technology has had over its 20-year history.

Professor Lior Gepstein is the Director of the Cardiology Department at Rambam Health Care Campus. He has extensive experience and a research focus on basic and clinical cardiac electrophysiology, stem cell biology, inherited cardiac disorders, and the establishment of novel gene and cell-based strategies for the treatment of different cardiac disorders. Prof. Gepstein’s research group was among the pioneers in developing unique cardiomyocyte differentiation strategies from human embryonic stem cells and human-induced pluripotent stem cells. He was also central to the development of a three-dimensional electroanatomical mapping technique (CARTO system), which became the state-of-the-art method for the treatment of complex cardiac arrhythmias.

Professor Mahmoud Suleiman is a Senior Cardiologist specializing in Clinical Electrophysiology at Rambam Hospital. He has been deeply involved in the academic and research activities of the Cardiology Division. His major research interests are the role of inflammation in acute coronary syndromes, inflammation, and cardiac arrhythmias, and advanced electroanatomical mapping in cardiac arrhythmias. He is a noted lecturer and speaker on a variety of EP issues and has several published articles on various topics. He has twice received the H.N. Neufeld Award for excellent medical research. 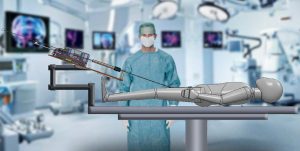 NKC is currently establishing its in-house animal lab with all interface support equipment, including EnSite mapping station with the support of Abbott/St. Jude, as well as X-ray and other associated medical systems and devices required to perform the clinical animal trials for the Huygens™ Smart Catheter, and subsequently the integrated Huygens™-Proteus™ robotic platform. 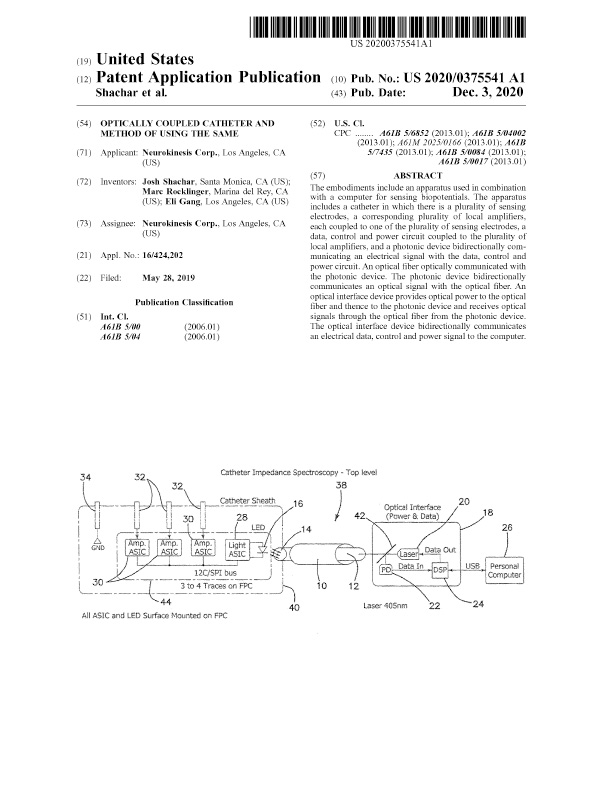 Additional patents have been submitted for NKC proprietary technologies in the US and internationally, including Catheter for Cardiac and Renal Nerve Sensing and Mediation (17/468,460), and Optically Coupled Catheter and Method of Using the Same (16/424,202), awards pending.

Goal Six: New Member Added to NKC Board of Directors 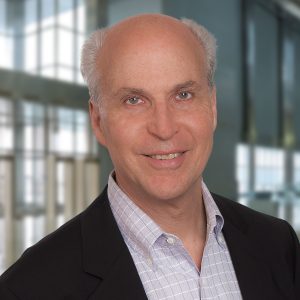 NKC is also pleased to announce the addition of Dr. Roger Kornberg PhD to its Board of Directors. Dr. Kornberg is an American biochemist and professor of structural biology at Stanford University School of Medicine, and the recipient of the 2006 Nobel Prize for Chemistry for his studies of the molecular basis of eukaryotic transcription. Prior to joining the faculty at Stanford University School of Medicine, Dr. Kornberg was a postdoctoral research fellow at the Laboratory of Molecular Biology in Cambridge, England. In 1976 he became an Assistant Professor of Biological Chemistry at Harvard Medical School before moving to his current present position at Stanford Medical School in 1978. Dr. Kornberg has served as the Chairman of the Scientific Advisory Boards of many companies including Cocrystal Discovery, Inc, ChromaDex Corporation, StemRad, Ltd, Oplon Ltd, and Pacific Biosciences. He has also served as a Board Director for OphthaliX Inc., Protalix BioTherapeutics, Can-Fite BioPharma, Ltd, and Teva PharmaceuticalIndustries, Ltd.