Neuro-Kinesis, Corp. (NKC), a medical technology company focused on developing next-generation surgical tools that utilize advanced biosensor technologies combined with cutting-edge AI and robotics, has announced the plans for its upcomming animal study for its new Huygens™ Catheter. The study is designed to demonstrate the ability of the Huygens™ Catheter to generate clinical data that is superior to the existing art, thereby demonstrating improved clinical indices in electrophysiological therapeutic procedures.

Multi-center trials to commence Q1 2023 at Technion and Sandia

Neuro-Kinesis Corp. (NKC) has submitted an Application for an Institutional Animal Care and Use Committee Approval (IACUC) for its upcoming animal studies of the Huygens™ – Proteus™ Robotic Arm Surgical Platform. An agreement has been signed with the Technion Institute in Israel to begin the animal study validation of NKC’s surgical platform in Q1 2023. The platform includes the Huygens™ Catheter, the Lorentz™ Active Sheath, and the Proteus™ Robotic Arm which have been in development over the last several years. 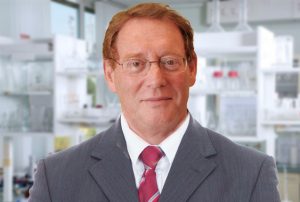 The study as shown will demonstrate the ability of the Huygens™ Catheter to generate clinical data that is superior to the existing art, thereby demonstrating improved clinical indices in electrophysiological therapeutic procedures. Specifically, the study is designed to demonstrate the ability of the Huygens™ Catheter to perform detailed mapping and target acquisition procedures in all four chambers of the test subject’s heart. Success in this study will constitute proof-of-design adequacy and equipment safety in reaching the efficacy and safety goals established in the study protocols.

A separate agreement is being finalized with Sandia National Laboratories to perform real-time simulation studies of the system under the guidance of Dr. Darren W. Branch, PhD., and is anticipated to proceed concurrently to demonstrate the embodiments that differentiate the Huygens™ Catheter from any other catheter in the marketplace today.

System Integration to be done at NKC Headquarters 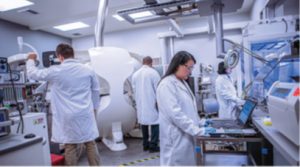 In anticipation of the application’s approval, NKC expects to have installation of its Huygens™ – Proteus™ Robotic Arm Surgical Platform completed at its lab facility in Los Angeles, California by the end of October. Once completed, NKC will begin its own internal validation studies in preparation for the above trials. 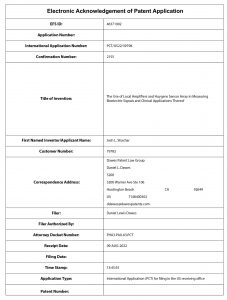 NKC has filed a new patent application developed by NKC’s CTO Josh Shachar. Titled, “The Use of Local Amplifiers and a Huygens Sensor Array in Measuring Bioelectric Signals and Clinical Applications Thereof” (PCT/US2022/030399), the patent relates to the field of electrophysiological mapping methods using the Huygens™ Catheter with its capabilities of co-measuring impedance and local native biometric signals, and employing such signals with a method that identify a “phase singularity” within the electroanatomical space as well as its dynamics.

Clinically, this means the Huygens™ Catheter might solve one of the most fundamental problems in electrophysiology, and can then be used as a standard tool for care in treating pacing problems such as A-Fib and other disease models.
To date, NKC has filed eight patents, both domestically and internationally, describing its

One of the advances enumerated in the patent, is the ability of the Huygens™ Catheter to accurately identify and measure phase singularities in order to provide a more accurate representation of the bioelectrical activity in the heart chamber.

advanced catheter technology. This is in addition to the more than 30 patents and patent applications NKC has already filed in its IP strategy to both define and protect the company’s growing advanced medical technology platforms. 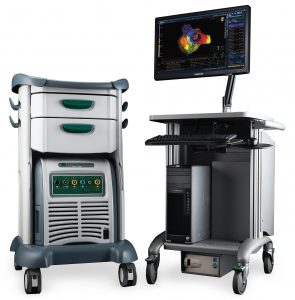 NKC has entered into a collaboration with Abbott/St. Jude to integrate its Huygens™ – Proteus™ Surgical Platform with their industry-standard EnSite NavX EP mapping system, allowing data collected by the Huygens™ Catheter’s sensors to seamlessly integrate with the mapping system to create anatomical maps with dynamic range and resolution exceeding current standards; a parameter which will be qualified by NKC’s upcoming animal studies. The use of the EnSite NavX system with the Huygens™ – Proteus™ Surgical Platform will create faster high-density maps of any cardiac chamber while also providing the EP Surgeon information about the best diagnostic and ablation catheters to meet the need of the patient. 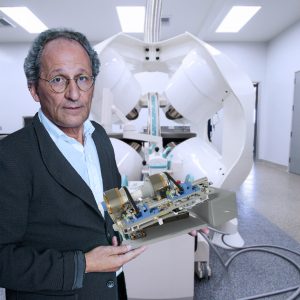 CTO and Inventor Josh Shachar showing comparison of the 9kg Proteus™ Robotic Arm next to the 9 ton CGCI..

through a living heart chamber to provide interior tissue mapping for cardiac ablation procedures. The system utilized remote navigation using robotic control and artificial intelligence to maneuver the catheter tip exactly where the EP surgeon wanted. The system also integrated autonomous guidance for the ability to return a catheter automatically to a pre-mapped and targeted position.

The advances made with CGCI, and its early-development prototype, the MOSFET Catheter counterpart, have paved the way for the Huygens™ Catheter and the Proteus™ Robotic Arm, reducing the technology that required a dedicated operating suite into a portable, plug-and-play system that can be deployed into any existing EP operating room while delivering detection sensitivity, mapping resolutions and AI enhanced guidance that can dramatically change the face of EP cardiac diagnostics and treatment.

Professor Duncan is the founder and president of Paladin Medical®, Inc. and is a certified regulatory affairs professional with a master’s degree in engineering. She holds an appointment as an Adjunct Professor of Biomedical Engineering in the F. Joseph Halcomb III, M.D. Department of Biomedical Engineering at the University of Kentucky and is a recognized leader in regulatory/clinical strategies for new medical technology development.

Together, along with Lead Regulatory Consultant, Susan Alpert MD, who has 30 years of experience and was the former Senior Vice President of Global Regulatory Affairs, at Medtronic, and Quality Engineer Elissa Salceda, who has been hands-on in the development of the Huygens™ – Proteus™ Robot Arm Surgical Platform, the NKC regulatory team is on a solid path forward to achieving its first major commercialization milestone, FDA approval. This milestone will allow entry of the NKC technology into the U.S. marketplace. This will also provide benchmark clearance for the European CE Mark. 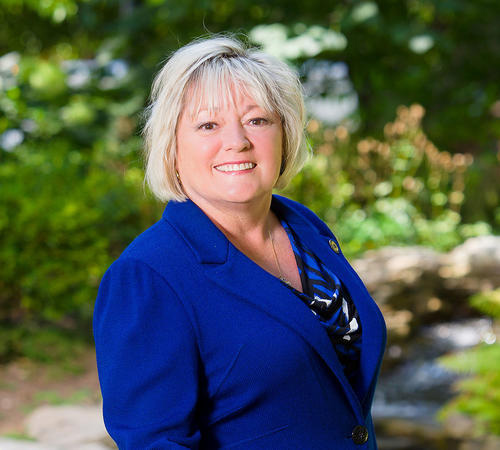 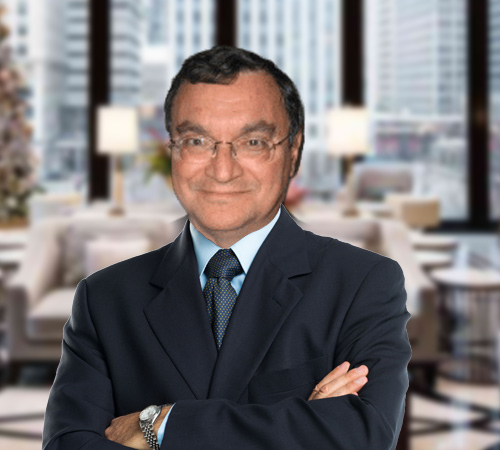 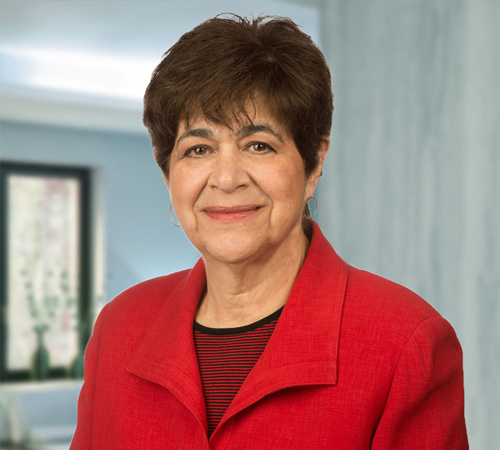 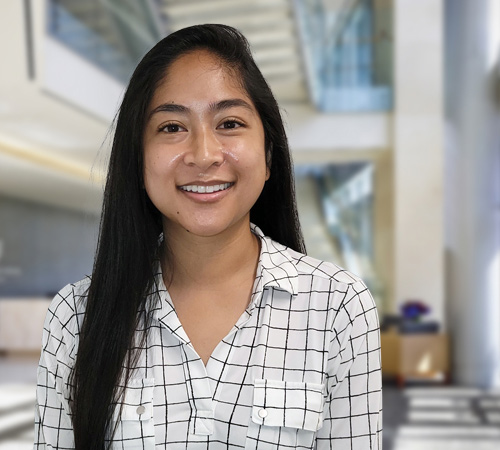 NKC is in negotiations with Anacaz Networks Inc., to support the development of cloud-based operations and ensure the security and safety of the preserved patient data acquired with the Huygens™ – Proteus™ Surgical Platform. This data will allow physicians to review the exact conditions and events recorded during a procedure including placement of ablative lesions, rotor locations, and the complete replay of actions taken by the surgeon. The establishment of this dedicated secure cloud platform will provide the ability for patient information and treatment to be accessible to the patient designated healthcare providers as well as creating a growing database of information to be available for expanding the knowledge base of cardio-disease treatment for EP physicians everywhere. Creating this secure central share-point is in alignment with NKC’s vision of helping to improve the EP art, and to democratize medicine for everyone. 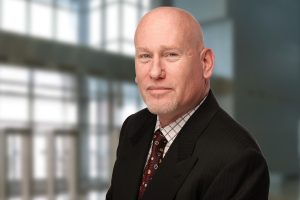 Anacaz Networks is the recognized leader in high speed L4-L7 packet processing. The company was founded by Robert Abrams who has 30 years of experience and was central in providing many high-tech innovations including the Veritas High-Performance File System, Cisco Catalyst 5000, Cisco PIX Firewall, SonicWALL Cyber Security Solutions, Apple iMac Pro and MBP, and the AMDI Labs AutoLab Antibody line of test solutions. He has worked with major tech industry players such as Cisco, Apple, Fujitsu, Sony, Samsung, Broadcom, as well as many other Fortune 500 companies.